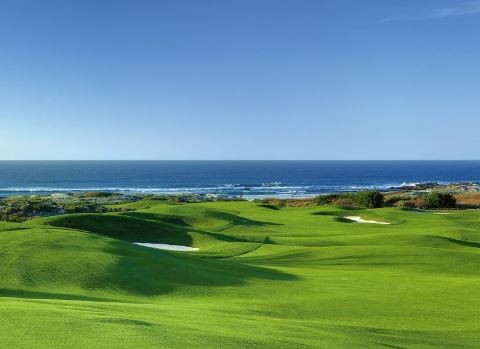 Meandering among sweeping sand dunes along 17-Mile Drive, The Links at Spanish Bay unveils some of the most spectacular seaside views in Pebble Beach. The rolling fairways flow through and around the gorgeous dunescape, briefly weaving between towering Monterey Pines, before returning to the white sand of Spanish Bay Beach for a thrilling finish along the wind-swept coast.

A twilight round is punctuated by the tunes of the famed Spanish Bay bagpiper, who puts the course to bed every evening.

Spanish Bay is unanimously ranked among the best public courses in the state and the country, and annually hosts the pros during the TaylorMade Pebble Beach Invitational Presented by Dell Technologies.