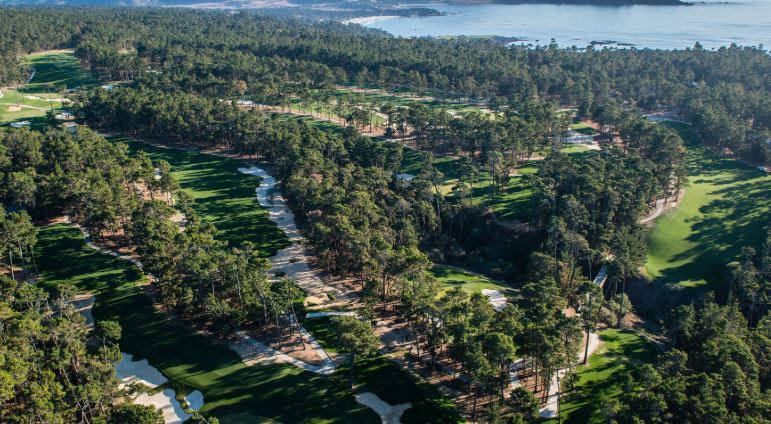 It was an appropriate working title for the intriguing property tucked deep in the forest of Pebble Beach, a layout that rides the rolling elevation changes of the land while jumping across the Riparian Corridor.

The Northern California Golf Association built Poppy Hills – the new name a winner of a member contest – to serve as its headquarters and tournament home. The land had been earmarked for a golf course by Pebble Beach founder Samuel F.B. Morse, and the 164-acre site was sold to the NCGA in 1977 for just $7,000 per acre. As demand for amateur tournament golf grew, Poppy Hills was needed to complement Spyglass Hill, which still hosts many of the NCGA’s majors.

Poppy Hills became the first course to be owned and operated by a golf association in the United States when it opened June 1, 1986. The Robert Trent Jones Jr. design has since co-hosted  the PGA Tour’s AT&T Pebble Beach National Pro-Am from 1991 through 2009, as well as the Spalding Pebble Beach Invitational (1989, 1990, 1992, 1993) and 1991 NCAA Men’s Championships. Matt Gogel set the old Poppy Hills course record with a 62 during the second round of the 2001 AT&T.

Jones reinvented the course architecturally, restoring each hole to its natural elevation along the forest floor, softening doglegs and contours, rebuilding all 18 greens with bentgrass, eliminating rough and introducing native waste areas that reduce irrigated turf by nearly 25%.